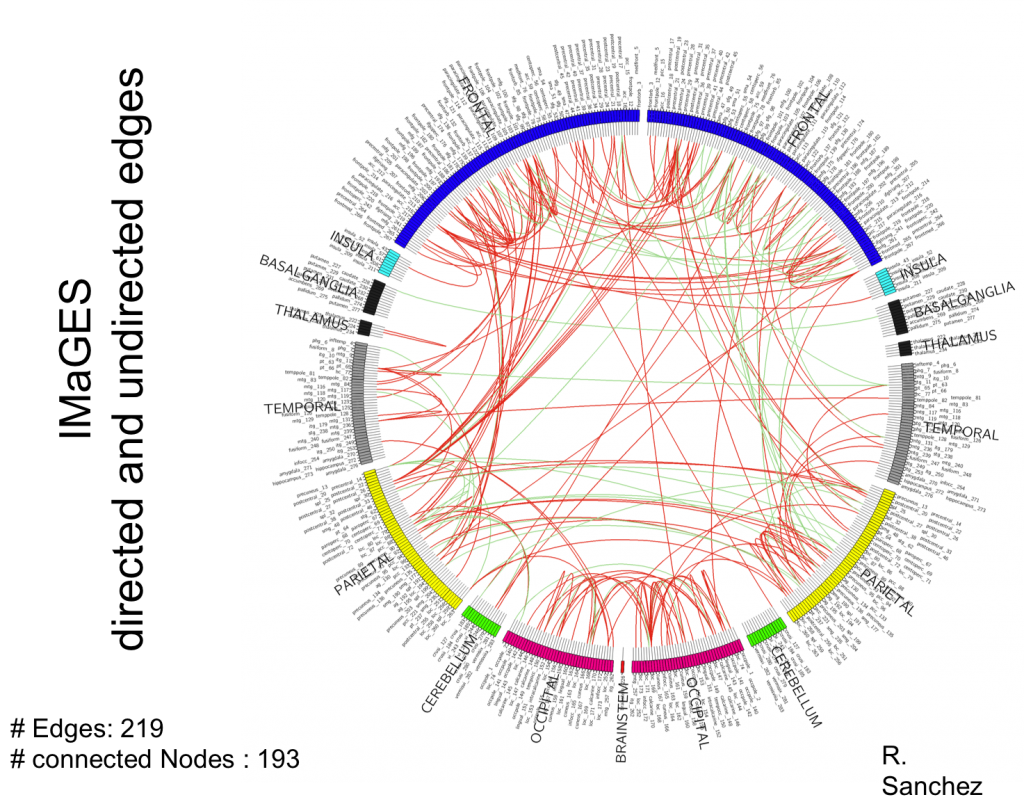 The Brain Functional Connectivity project seeks to discover the causal influences among small spatial regions of the human brain. The ability to identify accurately active causal pathways (“effective connections”) resolved at the voxel level for the entire cortex is within reach and offers the prospect of much finer diagnoses and classifications of disorders and improved monitoring of treatment effects.

We use fMRI data that can record the activity of approximately 2mm3 regions (voxels) of the brain about every two seconds. These regions define thousands of variables that we analyze to generate a causal network of functional influence.