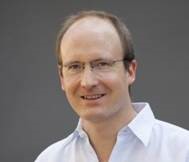 Frederick Eberhardt, PhD, Professor of Philosophy, Division of the Humanities and Social Sciences, Caltech, “General Purpose Satisfiability Solvers for Causal Discovery,” at 11:00 am on Thursday, January 21, 2016, in Rooms 407A/B BAUM, 5607 Baum Blvd., The Offices at Baum.

Abstract: Recent approaches to causal discovery based on general-purpose Boolean satisfiability solvers have opened new opportunities to integrate background knowledge into the search task while maintaining an otherwise extremely general model space. Background knowledge can take the form of a requirement that any discovered causal structure must satisfy specific structural features (such as instantiating specific ancestral relations or tier orderings among the variables), or can consist of soft constraints on structural features, more similar to a prior. For restricted search spaces where a comparison is possible, these constraint optimization techniques produce an output with an accuracy virtually identical to that of exact Bayesian methods. For many more general search spaces they provide the currently only available causal discovery method. Moreover, the approach has enabled the application of Pearl’s do-calculus for the computation of causal effects to scenarios where the true graph is unknown, opening new avenues to estimate a causal effect even when the causal structure remains underdetermined. As with other constraint optimization tasks, the worst case computational complexity of these approaches significantly limits scalability, but the actual scalability is highly dependent on the specific instance that is being solved, in general easily covering the problems of interest. The versatility of these highly optimized general-purpose solvers provides an enormous flexibility for causal discovery in settings where data and background knowledge come from a variety of different sources.

Biography:  Dr. Frederick Eberhardt is interested in the formal aspects of the philosophy of science, machine learning in statistics and computer science, and learning and modeling in psychology and cognitive science. His work has focused primarily on methods for causal discovery from statistical data, the use of experiments in causal discovery, the integration of causal inferences from different data sets, and the philosophical issues at the foundations of causality and probability. Eberhardt has done work on computational models in cognitive science and historical work on the philosophy of Hans Reichenbach, especially his frequentist interpretation of probability.

Before coming to Caltech, Eberhardt was an assistant professor in the Philosophy-Neuroscience-Psychology program and the Department of Philosophy at Washington University in St. Louis. In 2011, he took a two-year research leave to work on causal discovery methods at Carnegie Mellon University with a grant from the James S. McDonnell Foundation. Prior to his time at Washington University, he was a McDonnell Postdoctoral Fellow at the Institute of Cognitive and Brain Sciences at the University of California, Berkeley.

If you need to join the CCD Colloquium remotely, please follow the instructions below.  If you do not have Microsoft Lync installed on your computer, you can join the meeting using the Lync Web Plugin.  You may click on the below link “Join Skype Meeting” to get started and can review the attached documentation on how to install the Lync Web Plugin if needed.  Thank you.